How to draw Shin Chan cartoon step by step

Shin Chan cartoon drawing is very easy now. Go further to read- how to draw shin chan cartoon step by step. DrawManager.com has vast of experience in drawing cartoons. So, below are the steps to draw Shin Chan Cartoon.

The original name is Crayon Shin Chan, but it is known as Shin Chan in many countries. Originally, this animated character is from Japan and this manga series is written by Yoshito Usui. Shinnosuke Shin is a five year old boy who lives with his parents, sister and dog. His neighborhood is set up in Kasukabe and the airing of this animated series started in 1992 in TV Asahi.

The TV animated series has been dubbed in various languages across the world, starting from Hindi to Danish, Malay, English, Dutch, Greek, German, French, Portuguese, etc. The animated show came to an end on September 11 of 2009 due to the death of author Usui but formally the series ended on 2010 of February 5.

Shin Chan is known for his notorious adventure and some of the jokes stems from occasionally weird, unnatural use of language along with mischievous behavior of Shin Chan. He sometimes uses the wrong phrases, making the normal situation turn into a hilarious one.

Like, instead of saying that he is back home, he would say something like welcome back, which is completely inappropriate for the situation. Now, we have learned a lot about the animated character Shin Chan, so let’s get started with the drawing of the cartoon character.

Now draw the facial guidelines to sketch out the eyes, nose and mouth 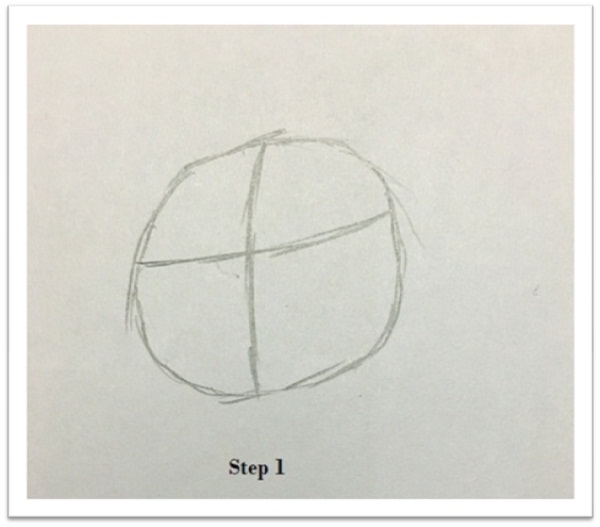 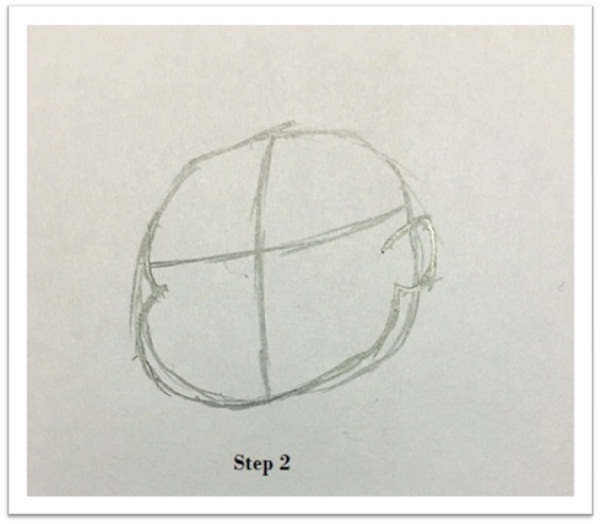 The eyebrows are placed on top and hairline is drawn 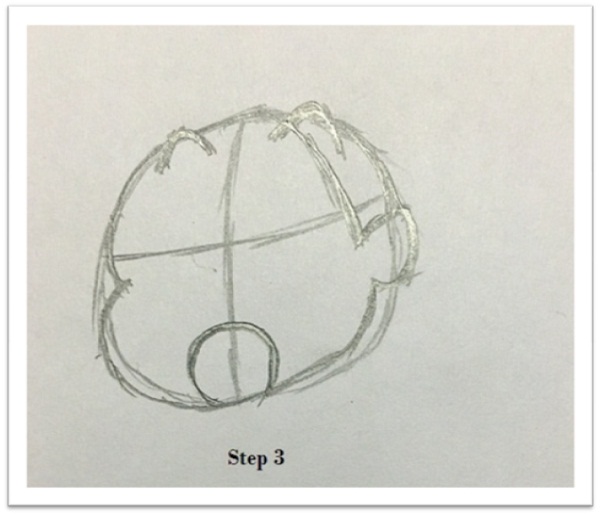 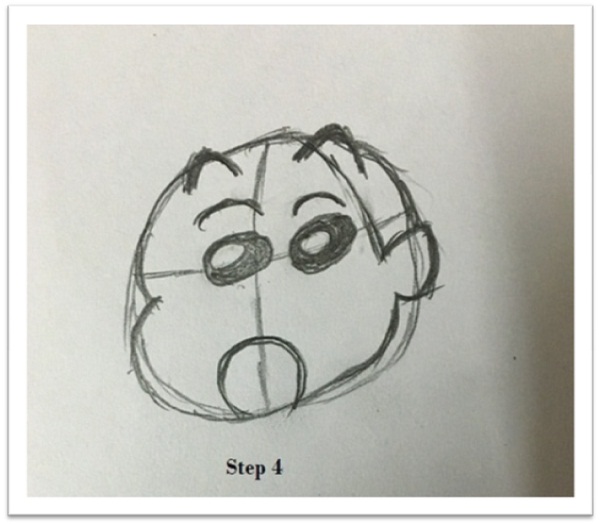 It is time to make the body of Shin Chan, you will have to draw two small triangles right below the structure of the face 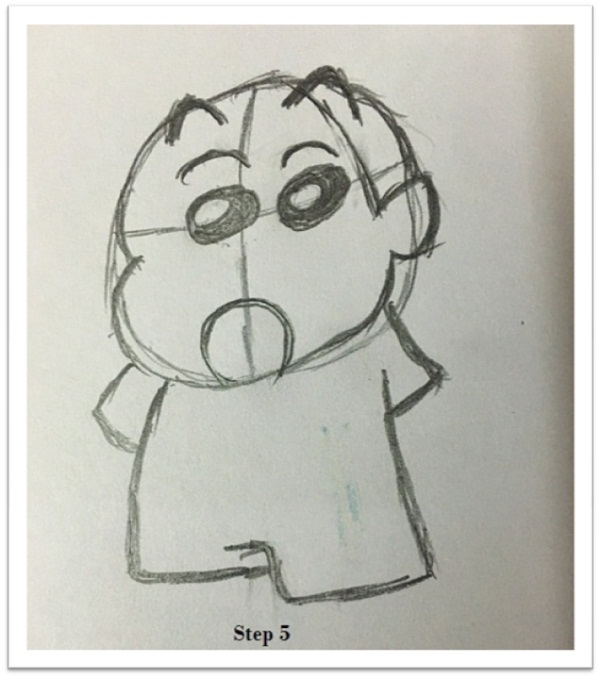 Just below the triangles, you will have to draw two more triangles which will be the hands of Shin Chan

Legs will be drawn just under the pant, remember the legs will be small and must fit the size of Shin Chan

Shin Chan is a small boy, so his legs and boots will be tiny too 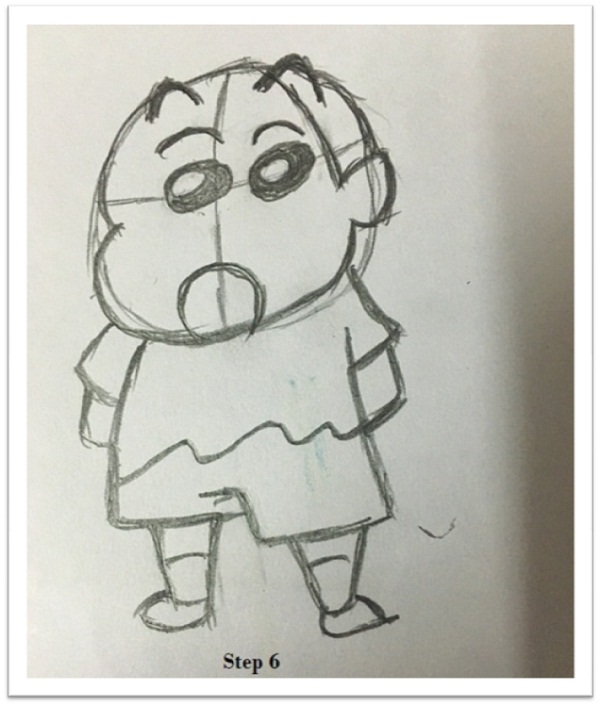 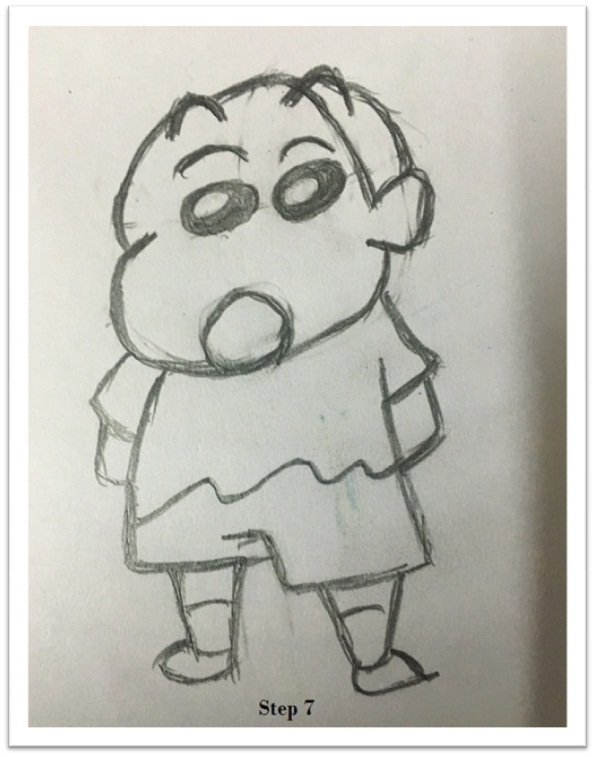 I hope the above steps would help you in drawing of perfect Shin Chan Cartoon as we already explained complete steps of it.